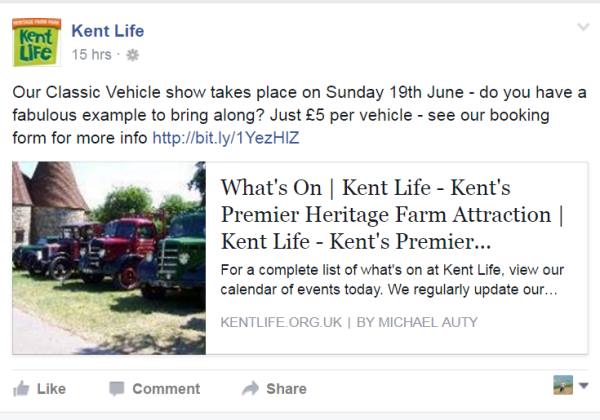 Social media marketing for museums: A brief look at the many free social networking sites used to promote museums.

Much has been made of using the internet as a tool for promotion. Over 3.3 billion people worldwide use the internet – that’s some 40% of the world’s population. The internet is a fantastic way to reach a literally global audience, and if done well, can be cost effective and easy to do. Also with the growth in the use of smartphones, people are ‘always’ connected to the online world.

What is social networking?
Social networking in particular is a term used to describe websites whose main function is to build social relations among people, through shared interests and activities. Museums regularly use social networking sites that allow them to reach their audiences in an immediate and personal way and develop an interactive relationship.

So what’s out there and what’s best for your museum? This resource sheet looks at four of the main players to give museums an idea about how to make the most of the latest internet revolution.

With a Facebook page, you can post information about events, activities and exhibitions. You can also post photos and videos. The friends of people who have liked your Facebook page can also see what they’re interested in and join up too, spreading your popularity. Importantly as a museum, Facebook enables you to engage with your audiences on an individual basis by developing conversations with individuals.

Example: Bristol City Museum and Art Gallery currently has over 8,000 followers on Facebook (March 2016). They use their site to advertise upcoming events, host photo albums of upcoming exhibitions, conservation work and exhibition set-up.

Youtube and museums
YouTube is a video-sharing website where users can upload, share and view videos. Many museums and heritage sites use YouTube now to host videos created for exhibitions or from events. Video is a very powerful way to communicate and engage with your existing and target audiences.

On YouTube you can set up your own channel which comprises an individual homepage where all of your videos can be hosted.

Examples: The Imperial War Museum hosts a number of videos on YouTube. Some of these videos have been watched over 100,000 times – they use a mix of historic film and more recently shot footage.

Twitter and museums
Twitter is a social networking and micro-blogging service that enables its users to send and read other user messages called ‘tweets’. Tweets are 140 character text-based posts, which are displayed on the author’s profile page and users can subscribe to other authors’ tweets. There are some 320 million monthly active users and some 80% of active users access Twitter via a mobile device.

Twitter can be used to advertise events and as an online visitor comments book. Twitter (along with other social media sites) can be used to engage with large numbers of followers with no real financial cost. You can also host live discussions on Twitter between the museum and their Twitter followers e.g. ‘ask the curator’ event.

Example: The Tate Modern has over 2.5 million followers and regularly ‘tweets’ news about events and activities. Its Twitter page also acts as a visitor comments book.

Find out some of the museum and heritage projects we have worked on.