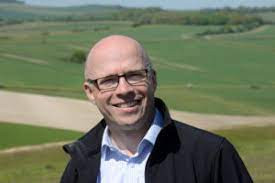 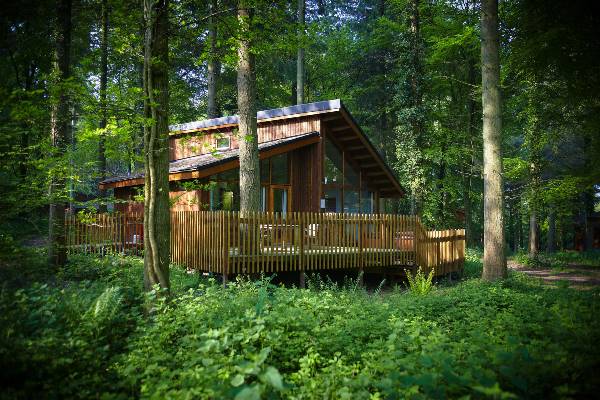 Perhaps, you can start off by telling us little bit about yourself

Fresh eyes approach
So, I’ve been at Forest Holidays since 2006, I have been a Development Director, the Operations Director, the Planning Director, and now I am a part time advisor. Prior to that, I’ve been with Ford Motor company, the Royal Navy as an Engineering Officer and with a power company as well. My background is in engineering, not in tourism and not in planning.

I think this was quite useful, because it enabled me to take a ‘fresh eyes’ approach, building these cabins in forest was quite unique. We took an engineering approach towards it, my engineering background was helpful and at the end of the day, project management is a core, fundamental part of that.

Could you provider readers with a brief overview of Forest Holidays?

Forest Holidays manages 11 sites, just under 660 cabins, across all three countries in the UK. It offers a tranquil, low key, self-catering holiday in the stunning forest estate landscapes. It’s for people who want that tranquillity but also want to have a high-quality experience.

Forest Holidays obviously has been developed under Forestry Commission leadership before 2006, and we became a different entity in 2006 under a joint venture company, so still in partnership with the Forestry Commission, (although it’s now Forestry England, Natural Resources Wales and Forestry and Land Scotland).

The evolving concept
The Forestry Commission did a great job and were quite entrepreneurial in getting the whole concept off the ground. I think it was pretty ‘rustic,’ and I think it needed some investment and some focus. It’s an evolution rather than a revolution: we’ve continued in the same sort of direction that the Forestry Commission started.

Dialling up the quality
Where we have evolved is quality, we’ve just kept dialling the quality up, quality of the product or quality of members of staff and on site, because there’s a demand for that, and that is what we are increasingly finding. There is a demand for people who want to do staycations, want a nice peaceful, tranquil, comfortable holiday, but they want the quality.

I think since Day One, we’ve always believed quite passionately in the direction of travel, the purpose of the business. So we saw what the Forestry Commission had done, there was a market there, it just hadn’t really had enough investment. We’ve pressed ahead and headed down that road, and I think the further we get down that road, the more we find out that actually that was the right course of action, because there is strong demand there.

Now, there other people out there that are doing the same thing because they’ve seen that direction of travel that we’re going in.

We’ve invested in the triple bottom line as well. It’s not just about making money, making money is a good thing, there’s a lot of economic benefits, but also, it has to be supported by social responsibility and ecological responsibility. We’ve invested heavily in those areas too, so by continuing to press in that direction, and investing in that direction, I think it’s paid off.

I think that increasingly, people are starting to understand the other costs ecologically of getting on a plane and flying places, so people are looking at UK tourism.

Also, cabin construction and development itself was pretty innovative. The pile foundations minimised ground disturbance and the design of the cabins continues to evolve. So, heating systems for example, at Blackwood, we introduced woodchip boilers which have been successful. Every time you roll a site out there’s a new technology to be looked at, to be examined because the market is moving forward all the time, solar panels are getting better, and so on. So, I think that the cabin itself is constantly in a state of evolution, but I think that heating and pilings are the two main points that have been very successful.

Children become our conscience
I haven’t seen any data which suggests that people are actively seeking out their holiday based on the environment over and above price or anything like that. But my personal opinion is increasingly the things people look to including our customers’ children are becoming more conscious of environmental concerns. They are more aware than we are, just look at the way electric cars are catching on. There’s more to that than just cost, in my opinion. I think it will be something that customers look to increasingly in the future.

I have to put a caveat on this answer, I have nothing to do with sales and marketing. From my experience, Forest Holidays does appeal to quite a wide range of people from empty nesters, along with young couples, with or without children and the family marketplace, the whole cross section. It’s really any category of holiday maker, seeking a peaceful, tranquil get away from it all type of holiday. So that doesn’t include big groups of single people, people who want to go and ‘find the action.’ That’s not what we’re about, so anybody of any age group who’s looking for peace and tranquillity, that’s a potential Forest Holidays customer. 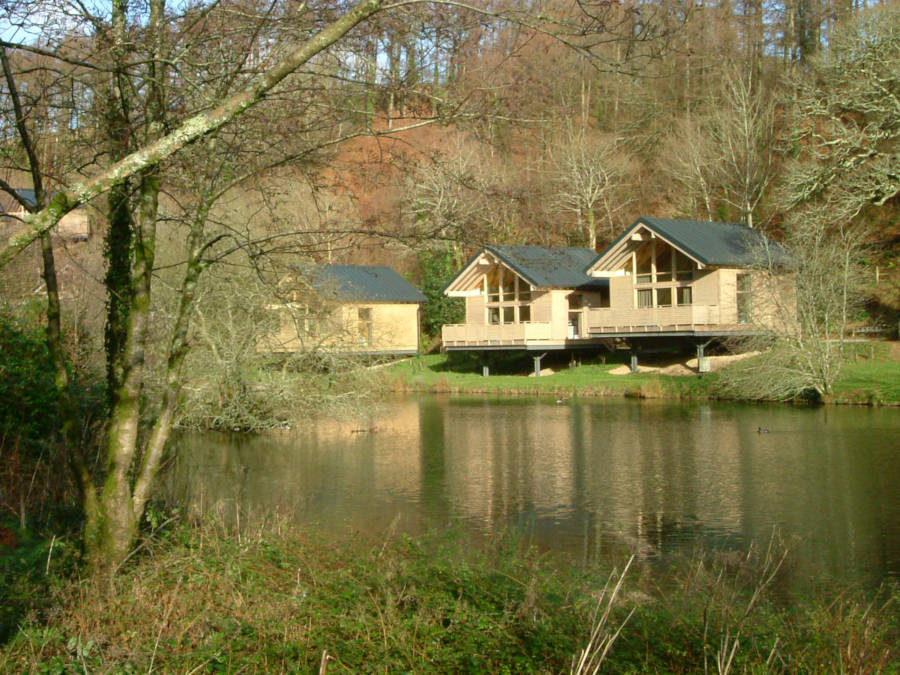 Occupancy, that’s the easy one, that’s the one I know so I’ll start with that one, we’re up in the high numbers, we’re up in the nineties, around 90% to 94%. It’s higher this year, with the Covid situation, but it’s always in the 90% range, and often we have to control that by taking cabins off to maintain them, so there’s high demand there.

From what I’m aware of, is that everything I’ve seen both in terms of data and on the ground, the market for staycations in the UK is strong, it’s still a great market, despite Covid. I think the market we’re in is good and has shown that UK tourism is more resilient in many respects.

There’s increasing desire for people to take short break staycations as well as longer holidays. Obviously when we were kids, we went on one long holiday and that was it, whereas now for people to go to the forest for a weekend is quite a normal thing, or elsewhere. Staycations are strong, the UK is strong and domestic tourism is strong.

And I think probably, with people being forced to stay in the UK, they’re also realising how wonderful this country is. I think it’s going to re-focus people’s attention on all the wonderful places there are close to your front door. I think the markets in a good place.

Obviously, it’s had a tough past 18 months but I think that it will bounce back. I think there are short term issues with building supplies and prices of construction costs but that will settle down at some point, and I see the future as being quite bright.

There are places around the country where it makes sense to develop smaller sites. We always keep an open mind anyway when we design sites, we don’t go to a forest and say, it must have 60 cabins, the number of cabins is dictated by the area and the forest.

Is demand moving towards the upper levels of specification?

Again, it’s not my area of expertise, we’ve always historically been reactive to the market moving quality upwards. If there was a demand to move in the opposite direction, we could do that quite easily, we design and build our own cabins, we have control over that, we have supplies in that design so that’s not a problem. We haven’t seen that trend at the moment.

So, if you’re on a budget, Camping in the Forest offer camping, there’s other operators of accommodation, some doing yurts and other innovative units. We’re not the only operators in accommodation in the UK forest estate so there is a mixture out there for people to choose from.

We’re a flexible company and so far all our new developments have been in the UK but there’s no reason why not, in principle but there’s lots of future growth potential in the UK. 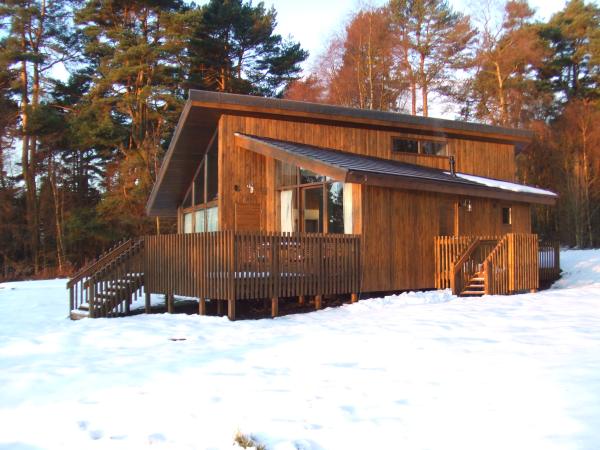 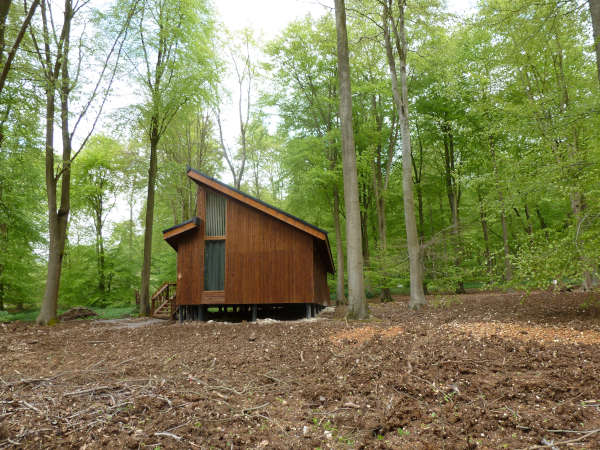 What are some of the challenges Forest Holidays have faced?

I’d say three challenges that come to mind are.

I’ve spoken to a lot of people, not just the planning people who rejected an initial application who say to us after the event, well actually this is okay, this is good, you’ve delivered what you said you’d deliver.

One of the beauties of Forest Holiday’s product is because it’s on the Forestry Commission Estate, there are rights of way, open access, we’re not stopping anybody still accessing the site. Local people can still access and enjoy the forest and facilities and so I think local communities do see the benefits.

You can understand people’s concern when they hear something’s going to be built in the forest. But the best proof of the pudding like at Blackwood is actually rolling out the finished product and showing people the benefits.

You can find out more about Forest Holidays and the 11 forest cabin sites they manage here.