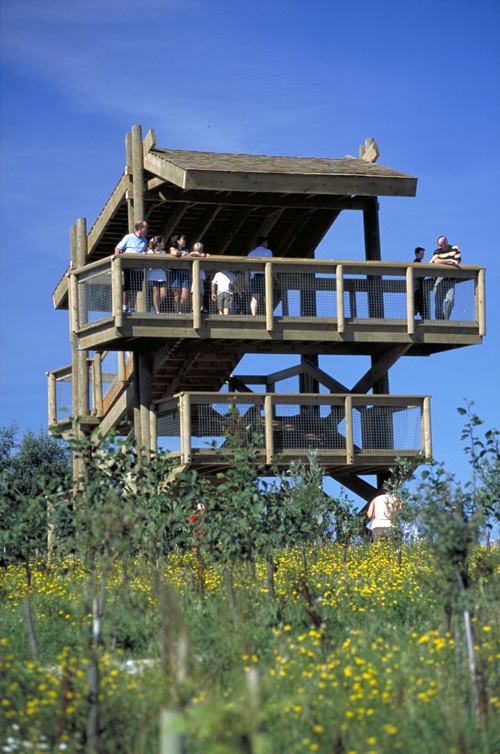 Former industrial sites and visitor attractions – the UK is a world leader in the clean-up and regeneration of former industrial land and buildings and as space to build becomes increasingly scarce, developers continue to fine new and innovative uses for brownfield and other previously used sites.

Despite presenting challenges such as contaminated or unstable land, these areas can offer fantastic opportunities for visitor attractions and often receive strong support from local communities and investors keen to see the disused land put to use.

Following the decline of welsh mining, the adventure experience industry was quick to identify this potential and over the years has transformed a number of abandoned quarries into destinations for adrenaline junkies. Zip World operates three different sites offering a range of activities from a 5km long zipwire to an alpine rollercoaster and the world’s largest underground trampoline! In south Wales, the Blue Lagoon, Abereiddy is a flooded slate quarry. Its startlingly blue waters attract scuba divers, wild swimmers and cliff jumpers of all ages and experience.   CONKERS Discovery Centre and the viewing tower in the above photos has been developed on a former colliery site.

The biomes at Eden were built in the clay pit of a former mine near St. Austell in Cornwall and last year attracted over a million visitors. An additional benefit of many sites of this nature is the luxury of space to accommodate all the necessary facilities and add to the visitor’s experience of escapism.

Former quarry sites have also proven the perfect location for wildlife. Brockholes a floating visitor centre, owned by the Lancashire, Manchester and N. Merseyside Wildlife Trust, opened in 2011 on the site of a former sand and gravel quarry. Describing itself as ‘a new kind of nature reserve’, the site attracted huge funding support and boasts a floating visitor village.

Numerous other reserves have utilised ex quarries and landfill sites, creating new habitats and seeing incredible results for wildlife. £4m was invested in Saltholme, Teeside, a 380ha area of marsh previously mined for salt. The reserve opened in 2008 and is now recognised as internationally important for wading birds. The design of the reserve promotes family-friendly wildlife watching, an ethos shared by the Wildfowl and Wetlands Trust. At a different type of site, WWT London Wetland Centre made use of four disused Victorian reservoirs in south-west London. Around 40ha of reserve now attract species of birds found nowhere else in the city, encouraging new generations of enthusiasts.

In many cases, the heritage of a site plays a key role in its redevelopment. The impressive structure of Titanic Belfast sits upon land left derelict by the ship building industry, adding to the historical story and sense of place. Similarly, the attractions of the Portsmouth Historic Dockyards continue to grow, making use of historic buildings sitting alongside the grandeur of HMS Victory.

In some cases, the priority for a new attraction is space, and Surf Snowdonia found it’s a perfect place in a former aluminium factory in north Wales. The rural location did not deter visitors whose numbers of 150,000 were double the expected levels in the opening year and are reportedly still on the up.

And finally, when Bombay Sapphire were looking to set up their brand home and distillery operations, they considered numerous sites before settling on the stunning surroundings of Laverstoke Mill, Hampshire. A former paper mill, sitting on the River Test, the dilapidated grade two listed buildings were definitely not the easy option however the finished experience is one of luxury, perfectly befitting to the brand.

How we can help?

We can help you by carrying out option appraisals and market assessments to identify alternative uses for former industrial sites – from gravel pits through to coalmines and mills. If you are interested in finding out more, please get in touch by emailing (richard@pslplan.co.uk) or calling Richard Linington on 023 9248 1999.