Since opening CONKERS has welcomed over 3 million visitors, including 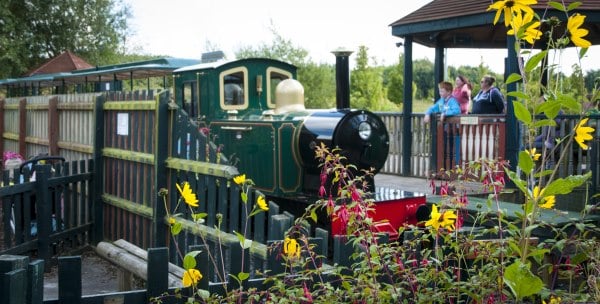 Planning Solutions have been involved with the project since 1998, when they were appointed, initially to research a brand and product concept for a visitor attraction that would provide a core visitor focal point for the National Forest. The longer-term ambition was to create a visitor experience which would provide a strong focal point for tourism within the National Forest, and a significant ongoing income to the Trust to further its ambitions for the Forest – including the extensive re-forestation and economic regeneration programmes.

CONKERS, which opened in 1999 initially as the National Forest Visitor Centre, was constructed on a former colliery site. The first phase was based around a small scale visitor centre on a 12-acre site with a focus on the National Forest project and creating a low key day out experience, with an amphitheatre and external play zone.

Following the development of a business plan which was used to raise over £16 million the National Forest Visitor Centre was transformed into the CONKERS Discovery Centre, an attraction developed over a 120-acre site with the building of the Discovery Centre, interactive zones, indoor play, new cafes, a retail space and a train linking the new Discovery to the Waterside Centres.

CONKERS is now one of the Midland’s leading millennium visitor attractions, which to this day does not require revenue support.

Since opening as CONKERS in 2001 we have continued to develop the visitor experience introducing a simulated tree top walk, a programme of outdoor pursuits, a barefoot walk, a new ropes course which has broadened the appeal to include teenagers and adults alike and a 4D Cinema.

Return to the main operations page